Will there be an OPEC deal in the near future? “Yes” seemed almost certain to be the answer a week ago. Now, however, Russia’s hesitation on supporting output cuts proposed by its ally of the past three years, Saudi Arabia, means the answer is no longer likely to be such a clear one.

As Asian markets passed their noon trading on Monday, oil prices remained in the red after a fifth straight week of losses posted on Friday. That China’s coronavirus crisis was getting worse by the hour — with more than 900 deaths and 40,000 infections at the time of writing — was already baked into the market.

Yet, U.S. and U.K. crude futures, active in electronic trading ahead of their own regular hours on Monday, could easily rebound if Moscow says yes to the 600,000 barrels per day of cuts proposed at the end of last week by a technical meeting of the Saudi-led Organization of the Petroleum Exporting Countries. 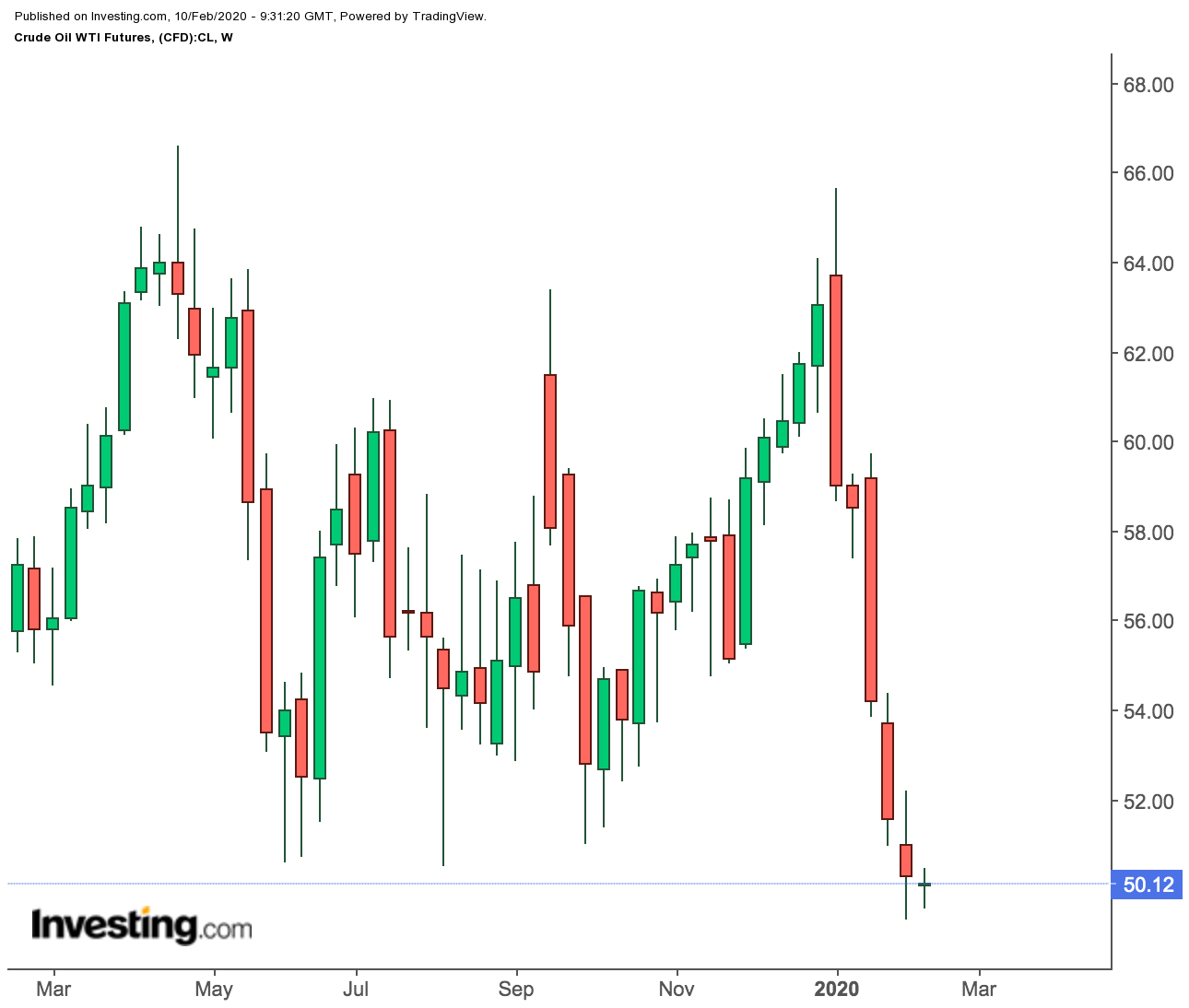 What the market heard from Russian Energy Minister Alexander Novak on Friday was that his government — or rather President Vladimir Putin — needed more time to decide whether to join additional oil output cuts proposed by OPEC because there were reasons to believe U.S. crude production growth could slow while global demand remains solid.

The Russian indecision came as top buyer China’s demand for oil was estimated to be falling by hundreds of thousands of barrels daily from the viral pandemic that had virtually crippled whole parts of its economy from travel to automobile assembly, among others.

The three-day OPEC technical meeting which ended without a production cut deal was a precursor to a more important two-day gathering which begins March 5 among oil and energy ministers of the OPEC+ — a larger group comprising the 13-member OPEC and its 10 allies, which include Russia.

Amena Bakr, Dubai-based Deputy Bureau Chief at Energy Intelligence, a markets advisory service closely followed by the oil trade, said in a tweet on Friday there was speculation that the March gathering could be brought forward to as early as Feb. 14-15 — meaning before this weekend.

Yet, whatever date is selected, what Russia decides in terms of barrel cuts is what will matter to the market. 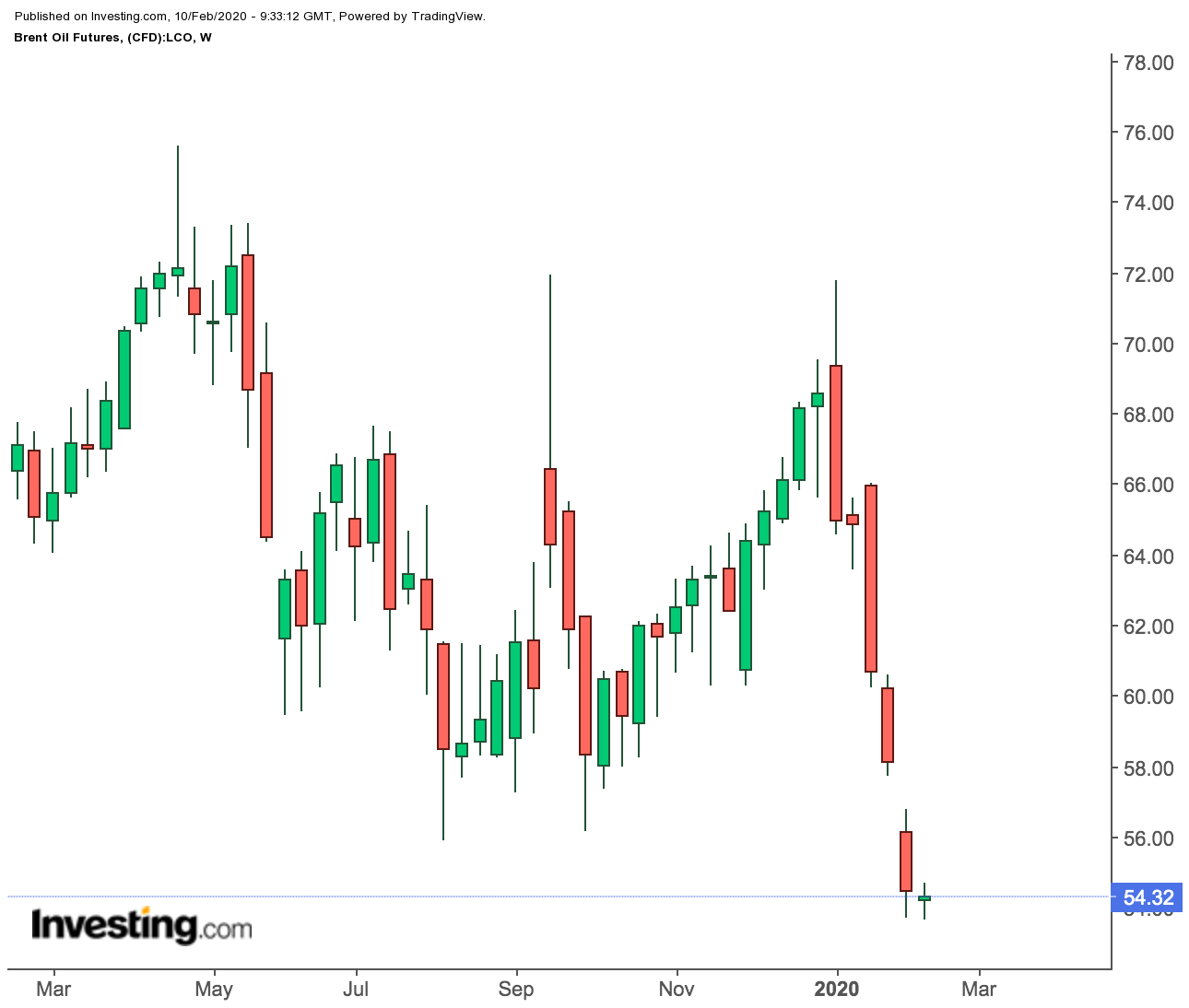 Combined losses over five weeks stood at more than 22% each for both Brent and WTI, leaving them in bear market territory.

Between now and the OPEC+ meeting, any more uncertainties uttered by the Russians on cooperating with the Saudis could risk pushing the market lower.

Oil bears and their computers will be looking for choice phrases like “let’s wait and see,” “it’s still early to decide” and “600,000 bpd seems like a lot” from Novak and other Russian officials to convert into sell signals.

Worse, if the coming meeting passes without any production cut deal, Brent could seriously be at risk of breaking its $50 support level while WTI could fall to $45 or below, say traders.

“Unless we see a substantive enough cut from OPEC, the forward curve in crude will move further into contango, encouraging storage in oil and even more price weakness ahead,” said Tariq Zahir, managing member at the oil-focused Tyche Capital Advisors in New York.

Contango is a situation in commodity markets where the front-month trades at a discount to farther-out months for oil delivery. Contango doesn’t benefit the funds that invest passively in commodities. These funds maintain their positions by moving from an expiring front-month into the nearby position. The switch, or “roll” in market lingo, incurs losses when the move involves a costlier contract.

In Monday’s early trading in Asia, the contango in Brent was at 46 cents for the front-month and WTI at 22 cents. Any widening of the figure could result in the kind of massive oil storing seen between 2014-2016 as those holding physical barrels become determined not to be forced into a fire-sale of the commodity as dictated by futures prices.

Where Does This Leave Gold?

Leaving oil aside, where does the coronavirus crisis leave gold?

That seems to be another undecided question as gold futures posted their first weekly loss on Friday while remaining above the key $1,500 per ounce support — creating a conundrum for investors on near-term direction in the yellow metal.

The drop came at the end of a relatively choppy week in gold as some investors took profit on recent gains after the global scare over the coronavirus eased somewhat. 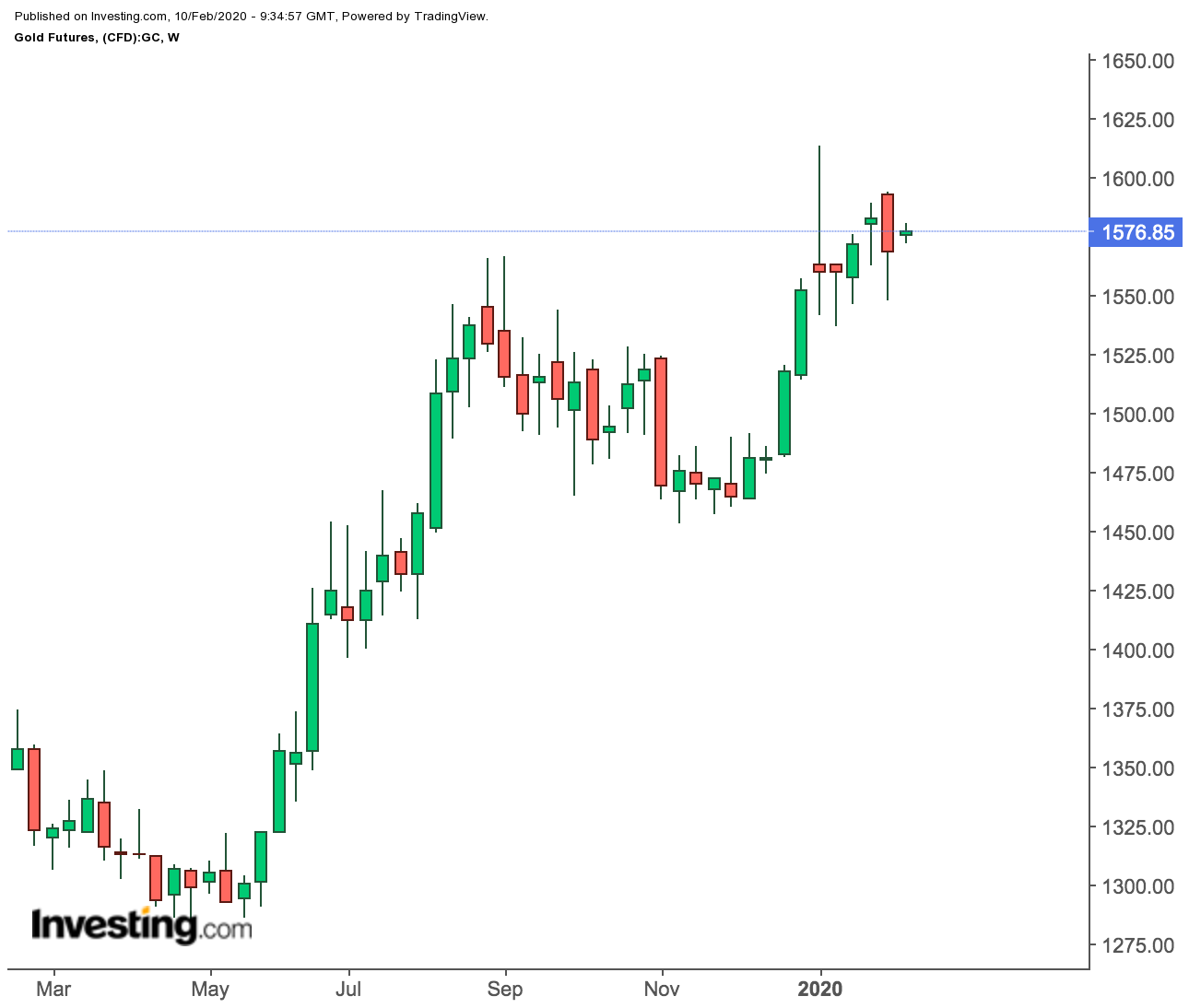 Gold prices came within striking range of the $1,600 level early last week as investors initially piled into the yellow metal for a hedge against the weakness in global markets.

“Gold is still a hedge for political, economic and stock market headlines that can cause quick reversals,” said George Gero, precious metals analyst at RBC Wealth Management in New York.