Russia could’ve said yes to OPEC’s proposals, but self-preservation, interest in long-term gain and indignation over President Donald Trump’s sanctions got in the way. And now, until the situation works out, the country will be paying the price for its decision, through weak oil prices and getting blamed for putting its OPEC allies in the same predicament.

Unless there’s a shift in its position by next week, Russia’s refusal to submit to the swift meeting and production cuts demanded in response to the coronavirus crisis could spell doom for its allies in OPEC+ — the enlarged version of the Organization of the Petroleum Exporting Countries controlled by Saudi Arabia. 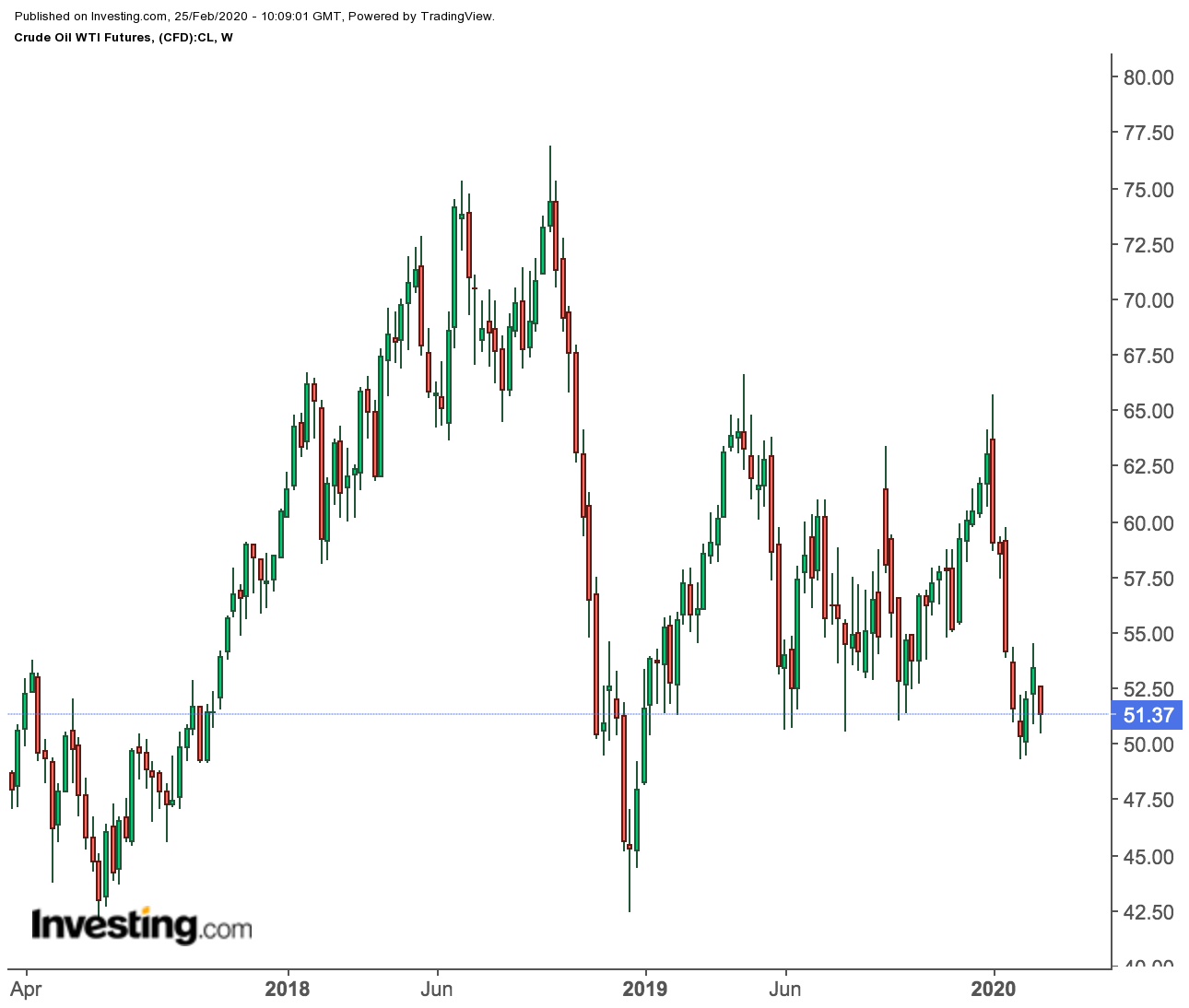 Since 2016, the Russians and the Saudis have done the “crude dance” — where each synchronized output cuts with the other to rescue oil prices whenever the market got into serious trouble. The coronavirus contagion raging across the world now — leaving mayhem in its wake, including in oil, with both WTI and Brent prices sliding — would have been just the occasion to reprise that dance.

Yet, Moscow sat on OPEC’s early party invite longer than expected this time. And when push came to shove, Russia said it won’t turn up early — even signaling it might not do anything when it gets there. The enormity of its decision is costing oil dearly by the day, leaving other producer allies bitter and the Saudis humiliated but with no choice other than to wait for their reluctant dance partner.

“In one self-absorbed move, the Russians have made the oil market a bear’s place,” Tariq Zahir, founder of New York energy hedge fund Tyche Capital Advisors, told Investing.com in a recent interview.

The “self-absorbed” move described by Zahir was Russia’s long-debated decision to stop pawning its market share in oil to OPEC+ each time it agreed to a production cut with the cartel — and allowing U.S. shale crude exporters to steal a little bit of that on every occasion.

“The Russians have finally decided that it’s in their best interest to participate in OPEC+ cuts only when really necessary, and that short-term gains in crude prices aren’t worth the long-term loss in market share,” said Zahir.

“Unlike the rest of OPEC, which is constituted of NOCs or national oil companies, Russia’s oil industry is made of independent producers as well,” added Zahir.

“These companies thrive in a competitive market just like their American rivals, and they hated the cuffs the Saudis were putting on them through these production shedding pacts, which were designed to keep the Arab partners in OPEC afloat, more than anything else.”

Russian Indecision Comes From Its Long Industry Frustration With OPEC 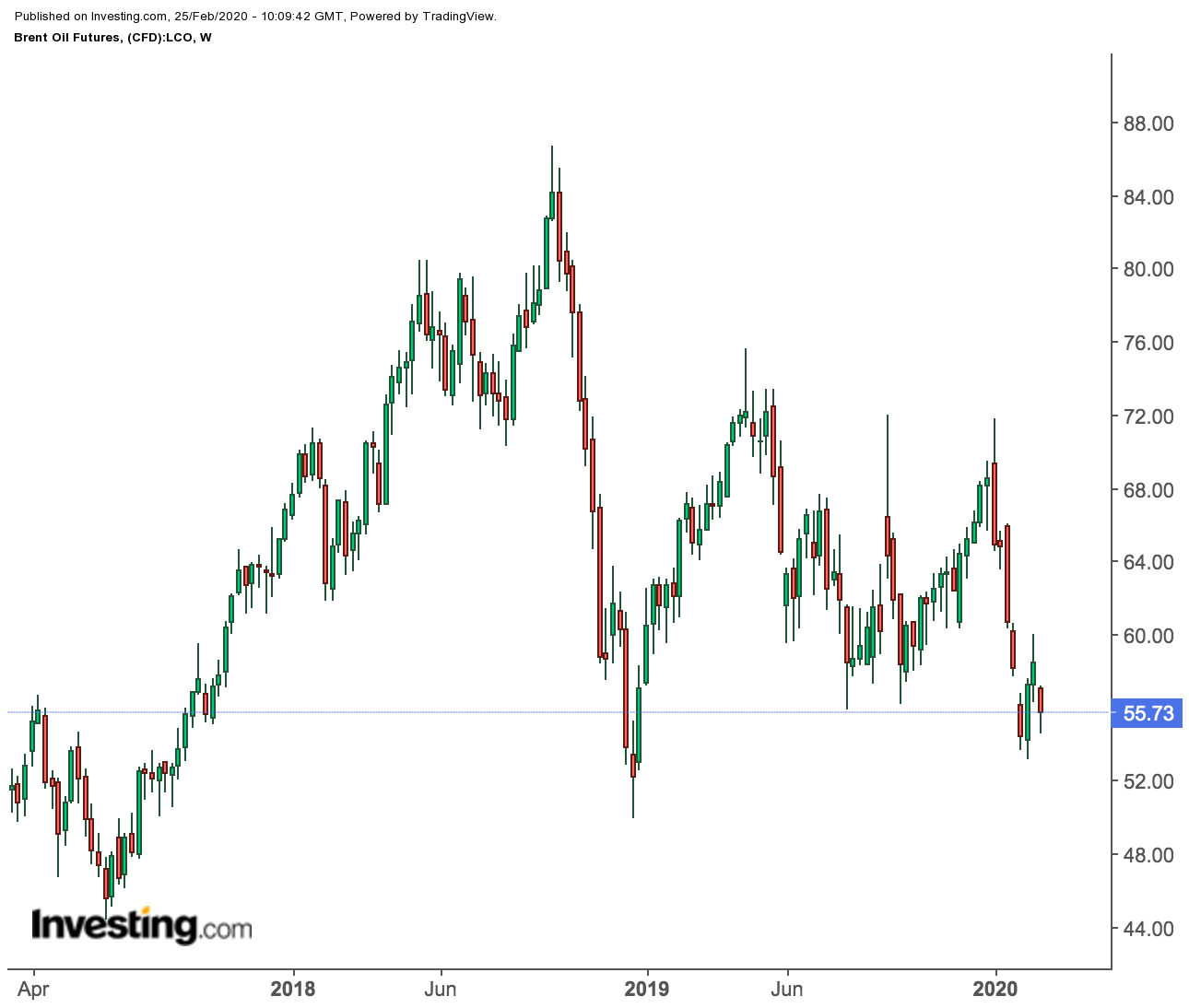 Putin recanted on an earlier agreement via a phone call with Saudi King Salman for quick action on the coronavirus. His energy minister, Alexander Novak, let OPEC stew for a couple more weeks before telling the media that it didn’t make sense to bring forward the meeting of the alliance when the scheduled March 5-6 date itself wasn’t far off. Novak also indicated that the Russians might not support a cut at the meeting, saying it was a “rather uncertain” situation that “changes very quickly.”

Compounding the problem were U.S. sanctions imposed on a unit of Rosneft last week to punish the Russian company for assisting in the sale of Venezuelan oil. Caracas’ state oil company PDVSA has since switched its cargoes to another Rosneft unit, prompting the Trump administration to warn on Tuesday of tougher action.

“These sanctions on Rosneft aren’t really hurting the Russians but it’s adding to their annoyance and it’s a distraction for what OPEC is trying to achieve with them,” said John Kilduff, founding partner at Again Capital, another energy hedge fund in New York.

“Prevailing OPEC production is already at rock bottom with the group already shouldering the burden,” Abid wrote in a column, adding that Saudi Arabia and its other key partner, the United Arab Emirates, will be “very reluctant to implement further unilateral production cuts.”

Saudi Energy Minister Abdulaziz bin Salman downplayed talk on Tuesday that OPEC was in disarray, insisting that the cartel “did not run out of ideas” yet and was confident of clinching a deal at its forthcoming meeting.

But even if OPEC+ did seal a 600,000 barrels per day cut as it intends with Russian cooperation, the Kremlin’s contribution to the pact may be more “illusory” than anything else, Bloomberg oil columnist Julian Lee wrote at the weekend — a reference to criticism in the past that Moscow has always fallen short of prescribed production targets set by the cartel.

But more important between now and the next 10 days to the meeting is where oil prices could go by then.

“Although both levels were seen in early February, a return to those regions now looks very likely and this time, will almost certainly test the mettle of OPEC+.”